I’t been over 8 year since I last worked on ClipSync. I should have the source code laying around on some floppy disks somewhere, but not sure if I will ever find it again.

I’ve heard some people saying that it’s not working on the latest versions of android anymore.

Seems like there’s another product available with the same name, (only without the capital c): “clipSync”. They are in no way connected to us.

I would say ClipSync is dying. If someone would be interested in resurrecting the project, feel free to contact me.

I’ve been ignoring this project for a while. Today I decided to take a look at how my abandoned child was doing and I must admit I was a bit amazed that it is still very alive. The average user rating has increased significantly to 4.54/5 with over 250 votes. And just 5 days ago, on march 10th, the app was installed by the 10,000th person. I wish I could look up his name to give him or, less likely, her a price or something.

Because of all the nice things people keep saying and the fact that we have reached this milestone, I have decided to pick up development again very soon. For real this time. Be prepared for the amazeness called ClipSync Pro! 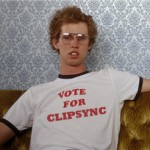 ClipSync is a simple application that works in the background to keep your Android and Windows clipboards in sync.

To get set up, just connect your devices to the same local network, install the Windows client application (OS X and Linux versions are in the works), and connect to it with the free Android app. After that, everything should work automatically in the background, with no need to open the apps repeatedly.

Copying and pasting are just two of the most used functions on both computers and mobile phones. This action actually cuts off more than half of the time we usually spend when we manually encode or type in things from document to document. Being a student, this function is very vital, most especially when I am in a hurry or if I don’t have enough time to give my fingers a typing exercise.

I have mentioned ClipSync Pro a couple of times on this site. It’s the paid version of ClipSync. So what will be so special about ClipSync Pro, you ask? To be honest, I’m not exactly sure. I have some features in my head, but I’m not really sure about the priority yet. 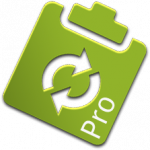 The first thing I would like to do, before starting development of ClipSync Pro, is to make ClipSync super stable. A couple of things that are going to be possible after the next update are:

Next, I think ClipSync server for Mac and Linux will be mostly bug free and they will be released.

After that I will stop developing extra features for ClipSync and start working on ClipSync Pro. I will probably start working on security first. After the security system is in place I plan on releasing ClipSync Pro for 50¢ or so. As there are more features added the price will gradually increase.
Some of the extra features of ClipSync pro will include:
I’m not sure about the priority yet, and maybe there are some way cooler features I wasn’t thinking of. If you have any suggestions, please leave a comment.

ClipSync was released end of May 2012 and it had about 1200 user downloads by the end of June thanks to some great android blogs like Droid Life, androidpolice and the Chinese site appappapps.com. After that things came to a halt, and searching the web for things like “copy paste between android and pc” didn’t show ClipSync in the first ten Google results anymore.

I had been working on a major update during the month of June, but wasn’t quite satisfied about the way my code looked yet. I was thinking about rewriting the whole thing from scratch. But a friend told me to release it anyway. The next couple of weeks I spent some of my free time on making a new website and a promotional video and then I released the update. I expected the update to trigger some more downloads. But nothing happened. The average remained at about 5 user downloads per day.

I decided to e-mail some android covering websites to let them know about my app. To my surprise ClipSync received a 5 star expert review on androidtapp.com and two days later the app was featured on the portal of xda developers. Soon a lot of other blog sites, including redmond pie, addictivetips and a whole bunch of spanish and arab blogs followed. For 3-4 days ClipSync was a real internet sensation, with a peak of 631 device installs on the 13th of August alone.

At the moment ClipSync has been installed by almost 4,000 unique users. The last five days the number of device installs seems to have stabilized at around 90/day. I’m very happy with that number, because it looks like the 3 days of fame have had a permanent effect on the number of downloads.

I will keep working on ClipSync and post here occasionally about it’s progress. I promise I will only post when I have something important or useful to say, so please feel free to subscribe to the RSS feed.

ClipSync is a free to use smartphone application for Android phones. The app is sized at nearly 150 KB and requires your phone to be running Android version 2.1 or later. The app has an analogous Windows version that you install on your PC. With the apps running on your phone and computer, any text copied to the clipboard is automatically copied to the clipboard to the other with the condition being that the both are connected to the same LAN network. You can use the application to connect multiple computers or phones on the same network and share their clipboard.

The emergence of mobile devices and different operating systems allow users to have a great choice when it comes to their personal computing, something that has resulted in us owning more consumer technology. A consequence of that technology ownership is; having a lot more data that somehow needs to be synchronized between various devices on different platforms. If your weapon of choice happens to be a PC or laptop running Windows, and a smartphone or tablet running Google’s Android, then the free of charge ClipSync app may just be something you need in your connected life.

There’s something rather odd about Android. For all of the synchronization built into the platform, why is there no good way to synchronize simple things like the clipboard? Until ClipSync, that was but a pipe dream. Now, you can sync the two with great ease.

ClipSync is very easy to use. First, install it on your computer. It runs invisibly in the background and has no settings whatsoever. Then, install the app on your phone or tablet and open it. Select New Server and find your clip server. Repeat the last two steps for any devices you want to connect–go on, it’s limitless! Now, you’re ready to save the world–wait, what?!